This Sunday readings celebrate the grace of Christ’s peace, and invite us to become messengers of that peace to all around us.

Isaiah calls the people of Israel to trust in God’s loving presence with them. He compares the care and comfort God lavishes on us to that of a comforting, nurturing mother. The psalm resonates with the joy of a people aware of God’s care.

Paul tells the Christians of Galatia that they are a new creation; a new people of God. The marks that matter now are not the marks of circumcision, but those of a new creature who follows the way of the life, death and resurrection of Jesus Christ.

Jesus speaks of the urgency and magnitude of the task of proclaiming his message to all the peoples. He chose the twelve and now he appoints 72 others and sends them two by two to prepare the ways for him and to spread peace. The Lord continues to choose his disciples and send them forth even to the present day. For instance, over the past 2000 years, the Lord has called the following people: Anthony of Egypt in the 3rdC the father of monastic tradition, in 6th Century St. Benedict was called by God and became the father of Western monasticism, in the 12th C God called St. Dominic the founder of Preachers/Dominican Order and in the same Century God also called St. Francis of Assisi and St. Clare of Assisi. In the 16th C he called Ignatius of Loyola the founder of Jesuits Society and in the 20th C God called St. Teresa also known as Mother Teresa of Calcutta.

These are among the great men and women that God called and sent forth. In the lives of these saints there was a moment of decision and turning point. It could be that moment of crisis. Yes, it can become your turning point and you will never view life in the same way again. This new way of viewing and thinking about life is what Greek calls “Metanoia”. We are differently called and sent. For some, a moment of decision and turning point is slow and gradual while for others it is quick. But all of us are called to do something putting an attitude of faith and self-giving into it.

Our endless temptation is to be busy with other things and we end up not noticing when is that moment of decision and our turning point to answer to the Lord’s call and sending into the ministry of peace and witnessing of God’s reign on earth. We tend to become oblivious of what is happening around us; the suffering and the cry of some members in our worshiping faith communities, families and the world around us. We tend to turn inward other than notice the sending that turns us outward to go forth. We want to carry the bags, money, sandals and everything else pleasurable from the world. If we do not have time to stop and listen, we may never realize our sending through our lives’ decisive and turning points moments.

On their return, Jesus reminds the rejoicing disciples that their success lies in his power working through them, not in their own strength. We decide and the Lord empowers our decision.

Christian Action This Week: Take time to STOP AND LISTEN; make a decision to do something different. That is the sending and mission you have. Be part of the 72 disciples in today’s world. 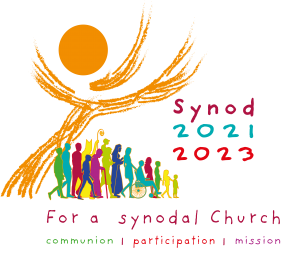